Microsoft users are very rare however its apps are still used more as compared to that of android and iOS. In order to expand its cross platform app vision, Microsoft purchased software start up Xamarin for $400 million to $500 million.

This seems to be the continuation of its strategy to expand its applications to other software platforms apart from Windows and to have app developers who can easily port apps to Windows. With this deal, app developers can create apps that can run on Android as well as iOS along with Windows. 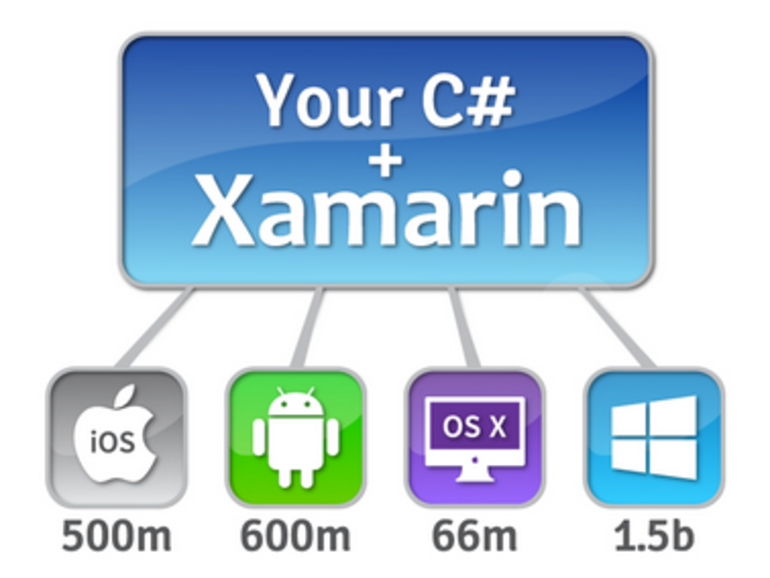 It is the first step taken by Microsoft towards its Cross Platform App Vision and now it has made itself open to work with other platforms as well. Microsoft provided its Office productivity suite and Cortana digital assistant to other operating systems.

What is the future of this Cross Platform Development?

According to the news from Microsoft; Xamarin allows developers to create mobile apps with Microsoft’s C programming language that can be used to deliver complete native mobile app experiences to most of the major devices such as iOS, Android and Windows.

With this approach; developers can take advantage of productivity and power of .NET for developing mobile apps. The use of C language is for writing complete set of native APIs and mobile capabilities that are offered by every device platform.

Now, developers can easily share common app code over all the devices such as iOS, Android and Windows app with complete native experiences for each of these platforms. At present; Xamarin has 15000 + customers in almost 120 countries. More than 1.3 million unique developers have taken the benefit of their offers.

Various well known firms like as Alaska Airlines, Coca Cola Bottling and Thermo Fisher etc use Xamarin. The basic effect is to enterprise developers who are looking for standardized development stack to address major mobile platforms.

What makes Xamarin so Popular?

Well known firms use products or services or we can say platforms that have certain qualities. So, what is so unique in Xamarin that it is used by such well known firms? The answer lies here:

Xamarin’s technology that uses .NET ecosystem allows developers to produce iOS and Android Apps with native responsiveness. With this deal, Microsoft will be able to get more developers. Microsoft’s reach to provide apps such as Office 365 productivity apps will have flagship on all the well known mobile platforms.

This offers rich tool chain to support app development for these platforms. Further, it includes open sourcing of .NET technology which is useful in bringing the strategy forward and then promote cross platform environment as well as toolchain that is possible for Xamarin acquisition.

More Challenges to be faced by Microsoft:

One of the best options is to port apps to Windows. This is really useful for huge businesses that use Android and iOs platforms and have their apps developed therein with a view to promote business.