Android Studio During the inaugural of Android Developer Summit in Nov 2015, Google launched a new version of its app development IDE which has new emulator “Instant Run” and much more for developers.

After certain previews, Android Studio 2.0 was finally released to the stable channel. So, what is the use of this emulator and how can be it used by developers? Let’s take a look at the same: 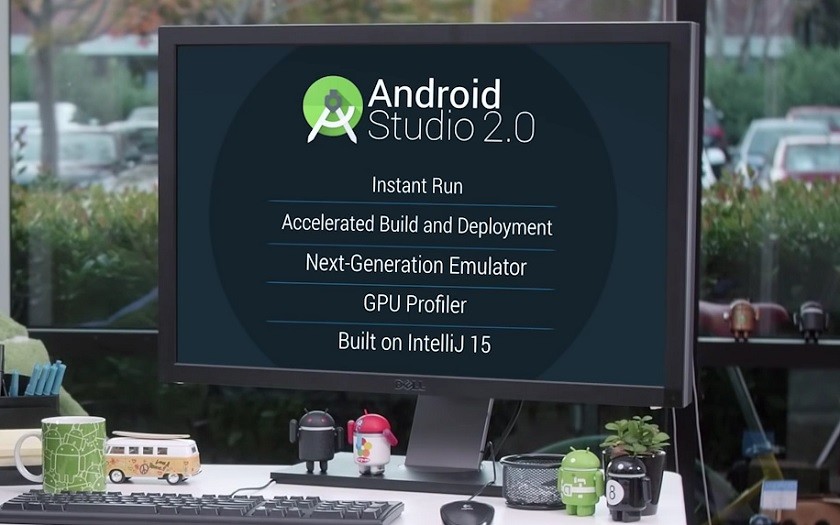 With this new feature in Instant Run; developers can easily see the changes made by them to their app code which is reflected instantaneously on their device or in any emulator.

Along with this, a brand new emulator comes with a completely new interface which supports multi-touch gestures as well as new rotation controls. According to Google; this new emulator will be three times faster as compared to the previous version and also some real devices.

With the help of Cloud Test Lab Integration, developers can check their apps on most of the physical devices including Android Studio. Apart from this; other features include the capacity to develop in App indexing that promotes visibility in Search.

Apps Developers can now test and validate URL links within the IDE. Once it is upgraded, developers can then upgrade their current project so that Instant Run can be used for creating new Android Virtual Device in order to get the benefits of faster emulator.

Mobile platforms are meant for high speed and agility. However, developing them for mobile can sometimes be clunky and slow. Instant run in Android Studio is the solution to keep you in a fast and fluid development flow.

With the help of this feature, developer’s productivity can be increased. Changes can be easily analyzed with this feature that you have made and then identify how the new code can be deployed in the fastest way.

Whenever there’s a need; it will use your code changes in the running app process thus eliminating the need of re-deployment and re-installation of APK. For certain changes, it is necessary to have an app restart however your edit, build must look much faster than before.

Instant run works with any of the Android devices or emulator that has API 14 (Ice Cream Sandwich or higher). If we take a look at Instant Run at the end of the year then you will find that Google has spent countless hours in collecting the feedback and refining it for stable release.

To make most out of Instant Run in app development; you can go through Instant Run documentation available on the internet.

New Projects started in version 2.0 will then have Instant Run available by default. As per the details from Google; they are already working on next release. Along with Android N developer preview, Android Studio 2.1 was also released which supports development of upcoming OS version.

Make most use of Instant Run to develop mobile apps. Google is always there to help you out in case you find any difficulty in the same. Let us know how this blog post has helped you.

For more such details; stay tuned to Softqube Technologies; an Indian firm that excels in android mobile application development.