Which Programming Language is Best for Developing a Website?

After reading so many blog posts that show the importance of website for business; finally you have made your mind that you need a website for your business as it is the mirror which will show your professional face to the visitors.

Today, here in this blog post; we will discuss about the selection of programming language. When you go to any developer and say “I want to get a website developed for my business” then he/she will give you various options like as PHP, HTML, Java, ASP. NET etc. 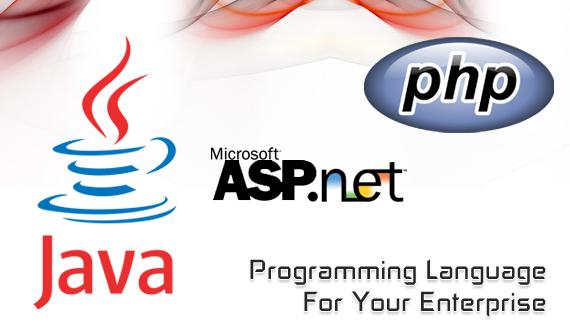 Now, how will you decide which one will be useful for you? So, this blog post will answer this question and now next time when you go to any web design company or any website developer then you will be prepared with the answers.

Let’s Begin and Understand Which Language Meets the Needs:

Basically, if we understand then there is no such language that can be considered as perfect for website development but the selection varies based on the needs. So, before deciding the language; keep these things in mind:

The operating system that you are using is your platform and the choice of OS plays an important role in the language selection. Wrong selection can lead to several problems in future and not every language provides easy altering options.

Microsoft Windows and UNIX are two of the most preferred operating systems. After choosing the OS, another choice is for server software. Windows system offers IIS that is available free for Windows however it is believed to have lots of history and security problems.

Apache web server and others similar to it are used commonly on UNIX like systems as well as Windows.
Most of the programming languages are available for free under GNU license as well as other open source licenses. Rest of these are commercial products that have a licensing fee. Commercial products have the advantage of offering commercial support and tighter integration with other products of the company.

Among us, some of them cannot afford higher prices of commercial solutions on the market. The tradeoff is the effort made to properly configure the environment which may not be worth the savings cost.

Some of the popular Programming Languages:

Here, we have covered some of the well known web development languages. You can first know your needs and then see which language will suffice it and based on that, you can take the decision.