How Useful Boot Camps Are To Get A Coding Job?

In one of our blog posts, we discussed about the increase in demand of web development jobs. For candidates learning web development, this can be good news. However, for few of them the question will be how can they become aware about such vacancies and how can they apply for the post?

One such place to apply for the post of web developer is Boot Camps. Now, what these boot camps are and how these can be useful? Let’s take a glance to it in depth.

How Boot Camps are Useful?

Programming is a field that consists of highest paying jobs as well as most in demand careers. During these days, it’s not necessary to have a four year college degree for availing programming jobs. With the availability of these coding boot camps, candidates can get a job ready within a very short span of time.

Amazing news, isn’t it? During recent years more than 60 boot camps have risen in order to meet the requirements of career oriented people and those who look ahead with an aim to have a six figure income from any job in software development sector.

Boot Camps are those that are organized to train aspirant candidates in the coding field. The time duration of these camps is 8 to 12 weeks and the charges are on an average $10,000. In these camps, hands on training, career guidance, community support and the chance to work on personal projects which can be shown to employers at the time of interview.

Well, sounds interesting but every one can’t be a part of Boot camps as it has its own advantages and disadvantages. Let’s have a look at them: 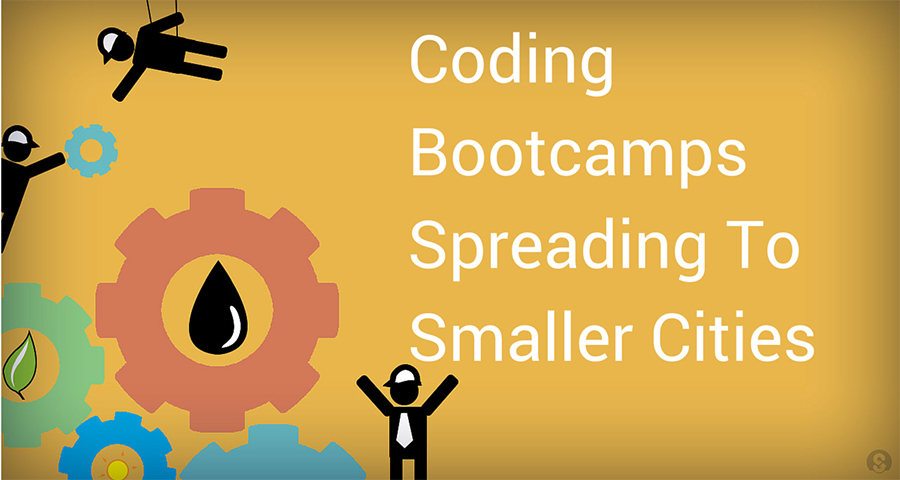 Advantages and Disadvantages of Boot Camps:

Now, if we talk about Boot Camps, these are less expensive and provide a well focused education in programming languages. Boot camps are very useful for those who wish to start their career early in the programming field however it’s not yet properly regulated by any trusted university.

And so there will be a wide difference in the education that you get here as compared to that in university. As per an article in Wall Street Journal:

“Employers doubt whether boot camps are able to provide successful programmers or not. Some companies lack the sufficient infrastructure to train their employees and so they prefer to have programmers with college degrees who are well trained.

However, Boot camps are still useful to get expert candidates for the programming field.

Talking about Self study, more support and motivation is offered at boot camps as compared to colleges and university that boosts self confidence in students and n increased thirst to learn and succeed.

Any one enrolling in boot camp is investing a good amount of $10,000 as well as enough time of 10 weeks and so people learn programming skills enthusiastically and an important benefit is that programmers are joined with a community of coders which can serve to be fruitful.

To sum up, we can say that coding boot camps help to learn coding easily irrespective of anyone who wishes to be either a web developer or mobile app developer, be it Java script or any other program.

Boot camps have a pre decided scheduled and fixed hours for every programming language they are going to teach. Hence, if you wish to be a part of such boot camps then you can find some of the online boot camps and get yourself enrolled.

Hope this post was successful in providing you sufficient guidance regarding boot camps. Still, you will have many more questions such as how to identify if the boot camp is right for you or not? Will Boot camps be able to get a lucrative job?

To get answers to all these questions, stay tuned to Softqube Technologies, one of the web development companies having expert web developers to handle any kind of tough projects.