As per the latest news, Apple is known to develop a tool that will allow users to get shifted to Android devices from iOs products. This can because of maximum competition in Europe.

Last year, Apple released its Move to iOs app which can be used by Android owners to transfer their contacts, messages, photos and calendars from Android to iOs in case they start using iPhone.

And opposite to this; Apple is now developing a new app known as Telegraph that allows users to transfer from iOs to Android. This app will be used by those iPhone users who can shift their data to an Android device.

Generally, Apple doesn’t have those customers who quickly wish to migrate from iOs to Android. But it is believed that the new app can be the result of pressure from European telecom companies. 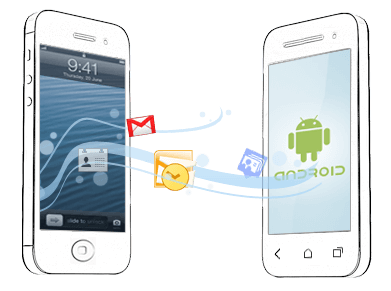 These are concerned with maximum number of users who wish to switch to Android. Some believe that Apple completely dominates a huge part of mobile market. Apple makes it difficult to shift from iOs.

Hence, this reduces competition thus making it harder for Android developers. This seems that Apple has agreed to create a tool to make it easier to switch operating systems easier.

It is not clear whether there are many complaints from network operators. There’s no word yet on when the new app is to be released to the public. Many times Apple has faced problems in Europe regarding allegations of anti competitive business practices.

The company was examined by European commission which conspire the record companies to try ad supported free to listen music streaming services like Spotify thus offering an advantage to the paid service.

There are more European services who had found no proof of illegal activities and however it continues to monitor the market.

So, till the time this app gets developed completely, let’s take look at some of the ways through which one can easily make a move to Android from iOs. Till now, there’s no such direct option.

So, here are the alternate ways:

Hope this blog post was useful to you. For more such details related to android or iOs apps, stay connected with Softqube Technologies; a well known Mobile app development company in India.