Scope Of Earning Money From An App In 2021

You are here because you know you can make money from an app right? But the real question is how much can you earn with an app and how sustainable this can be?

Here is to discuss everything that you need to know about your money earning expectations from an app. We shall be discussing the below points in detail.

1. Amount of money you wish to earn with an app
2. Earnings from a Subscription App
3. Best performing platforms for Revenue Generation
4. Best revenue models to earn money with mobile applications
5. Kinds of Apps that have money-making potential in 2021
6. Revenue generating applications
7. The Future of App Development Business

Amount of money you can earn with an app

With apps, your year-on-year revenues can soar high in billions of dollars. But such kinda apps are very few in number. The ground reality is, it is incredibly an arduous exercise to get an exact number on how much can an app make money for you in consideration of the fact that there are a large number of varied apps floating in the web world.

On a daily basis, the top 200 apps on the app store manage to earn $82,500. Widening the bracket, for the top 800 apps, the daily revenue drops down to $3500. Also, the differences prevail categorically for various types of apps. Like for eg, the gaming apps make around $22k each day. But for the entertainment apps, the figures are as little as $3090 each day.

The app market growth is going to be steady and strong in the future. The Statista reports reveal by 2020, the estimated amount of app revenue will increase by $582 billion. 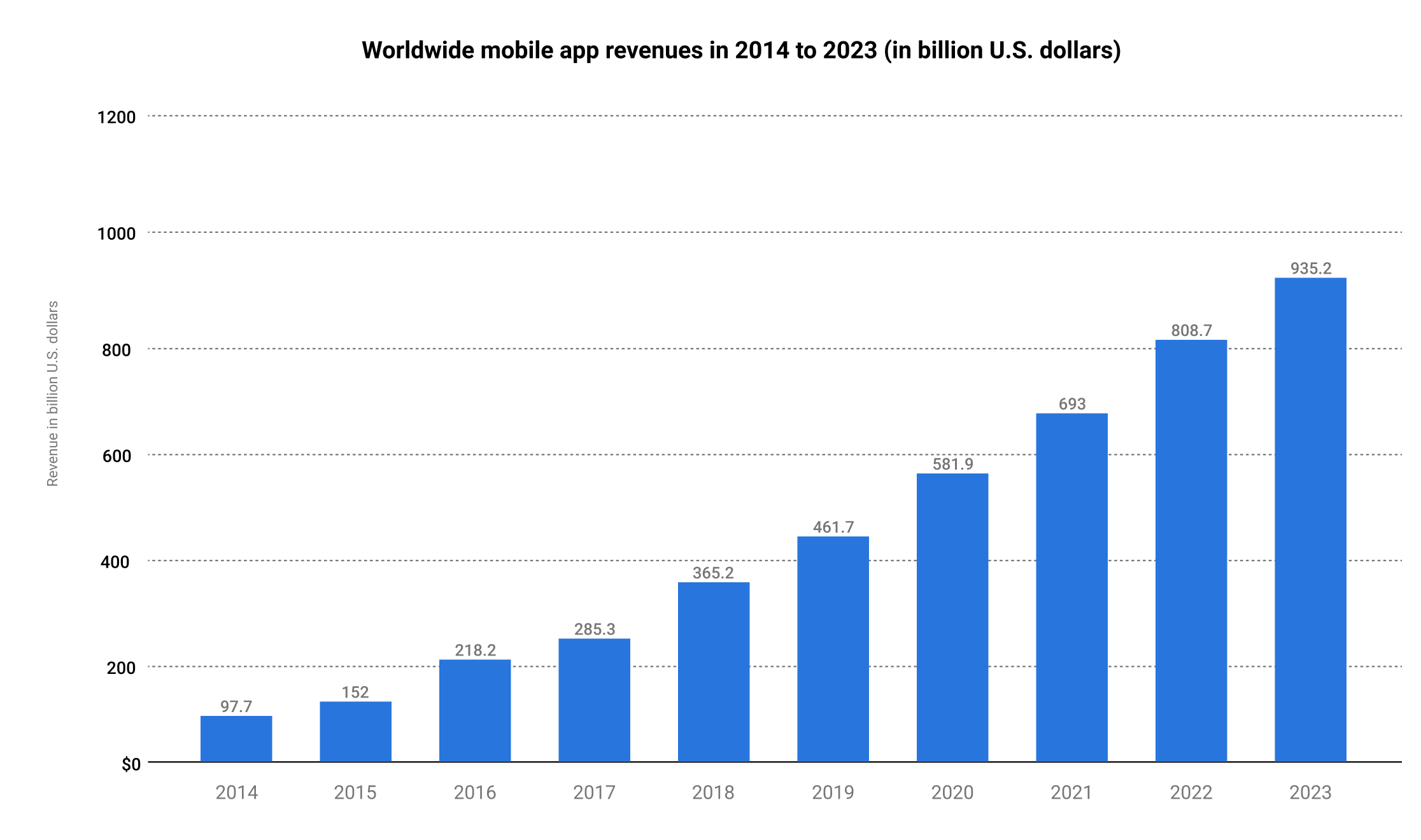 As per the data revealed by SensorTower, the top 100 application development firm or publishers have generated an average of $130 million in the first quarter of 2019. 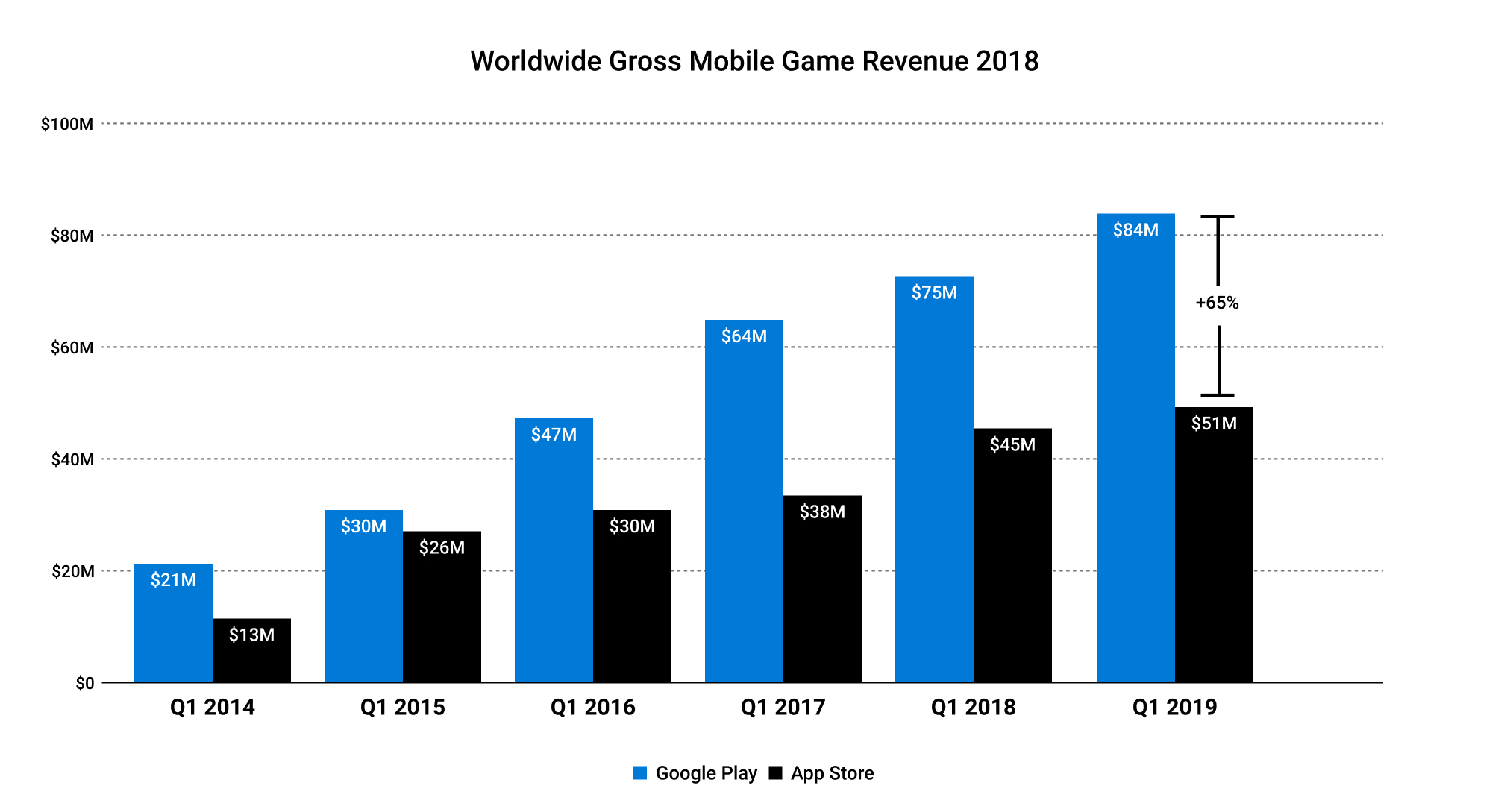 To understand how much an app can generate revenue for you, the first thing you need is to find out your niche segment. Also, you must study how different niches are performing within their app ecosystem and find out their average returns to understand your targeted niche revenue approximately.

Earnings from a Subscription App

The subscription apps are one of the most preferred mediums to earn income via in-app purchases. One of the best examples is Tinder. The app is free to use, but it charges the users for its various features like unlimited swipes. The “passport” add-on feature permits the users to match with users in other locations, whereas the “Boost” features permits the users to show themselves on the top of the pile. The audience can avail these in-app features only if they were to purchase them generated. The app generated $404 approx revenue. The Tinder charges $9.99 per month for plus subscription and $14.99 per month for a Tinder Gold upgrade.

The other great example is Bumble. A close competitor of Tinder, with a user base of around 50 million people and growing at the rate of 135%. The only difference between both of them is that Bumble is especially meant for women only.

Besides, other apps are Pandora, Tencent Video, Netflix, Hulu, and iQiyi that are subscription-based and earn millions.

Looking at the other side there are certain apps that generate a significant amount of revenue on a smaller scale but are quite decent to go. Like, the Wattpad app allows users to read online stories and write them. The Sensor Tower report says that Wattpad had more than a million downloads earning $800k in revenue. The core method of earning money is by selling stories to the readers. The app smartly engages the users with lively, conversational, and real-life stories.

Your money earning scope via an app totally depends on the kind of platform you choose for development. Android covers the largest market share in the mobile industry. The second comes iOS. As per the Sensor Tower report, between 2018 to 2023, the estimated CAGR of user spending on these stores is 16.8%.

While there is no perfect answer to the query of “ How much money can an app make?”, but the current projections indicate that the future of mobile apps is on the right path. 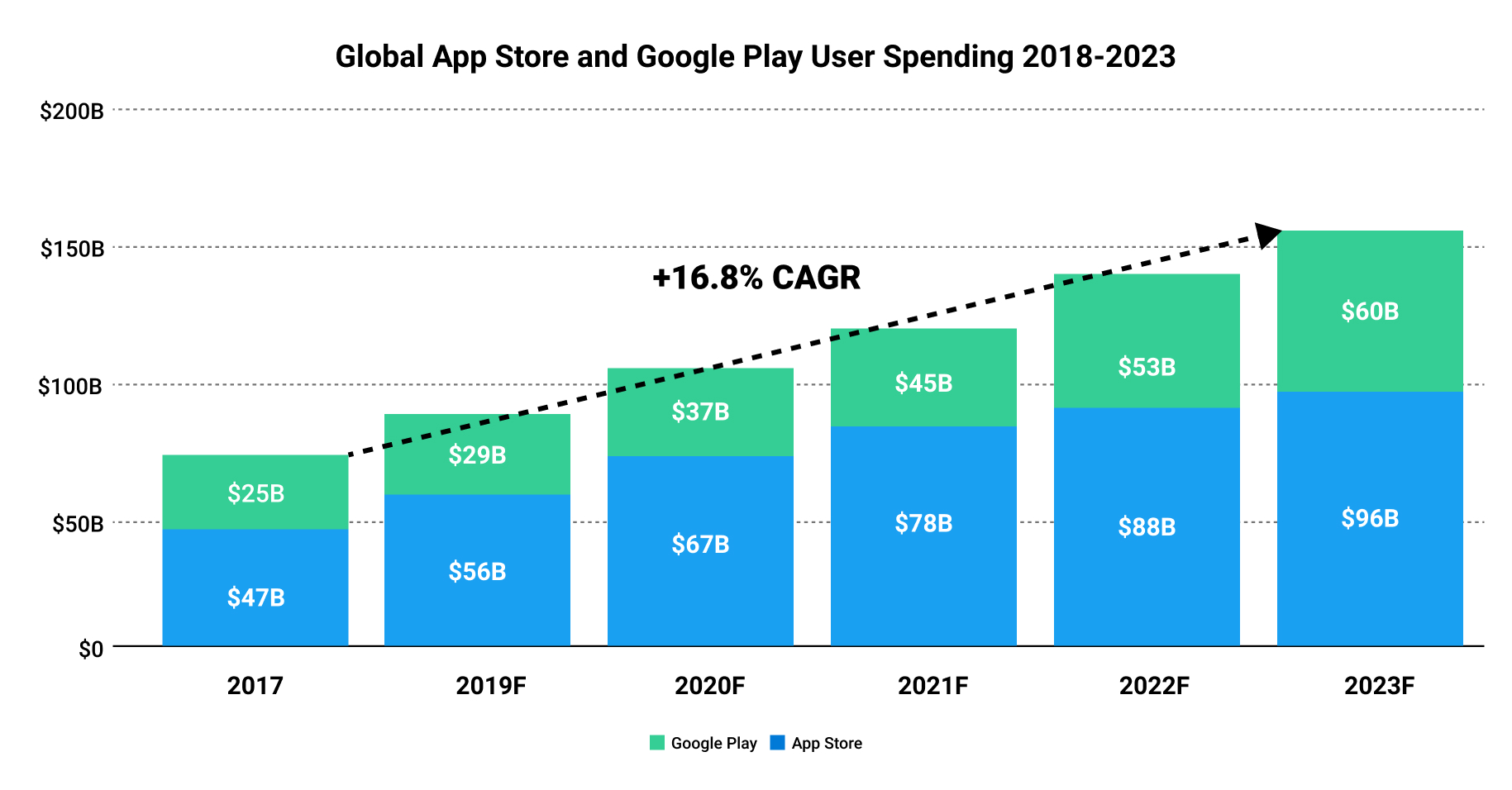 Once you choose the platform and decide to move ahead, you need to make a strategic decision on how well will you monetize your application to earn millions and billions of money. For this you need to check out the three most important revenue models.

The premium mobile applications charge a one-time download fee on the Google play store on the iOS app store from its users. It is believed by many that premium app doesn’t make money as the users don’t want to spend. But the fact of 2017 says that the paid apps accounted for nearly $250 billion in revenue.

On the other hand, education apps perform much better within the paid app category. Like WolframAlpha app made $20000 in revenue through the downloads. In the play store alone, it could make it 1000000 downloads and now the application is a powerhouse in the educational category.

These apps are a great way to fetch revenue. The users can download the app and access its features completely for free and can put up a paywall on some premium features. Fortnite is one such example and has made around $203 million in revenue. The game remains free to play for the users

This model is very popular in the app industry because of its extraordinary services. Netflix, Hulu, and Amazon are famous operators in this niche segment. The customers have to make recurring payments for accessing the app on time to time basis
‘
Netflix stands to be the giant with $52 billion of revenue in the third quarter of 2019. A similar kind of apps is the Pandora music streaming application that uses a similar subscription model. This ongoing trend exhibits the power that mobile apps have in the year 2021 and the way they will help business owners earn huge amounts of money via the digital landscape.

Kinds of Apps that have money-making potential in 2021

The gaming applications are the largest revenue models and contribute the highest in the global app revenue. In 2018, the iOS app store mobile app revenue exceeded the $33 billion mark, while Google Play revenue games stood at $21.5 Billion.

For the first half of 2019, the total growth revenue was 11.3% summing up to $29.6 billion. Technological advancements in the gaming app industry such as graphics, control, and Gameplay have risen sharply. The major contributors to this boom are the e-sports gaming apps. Mediakix reveals a 56% of mobile gamers play games more than 10 times a week. This shows the amount of addiction amongst the users generating mobile-based entertainment revenue.

In 2018, gaming applications accounted for 77% of the total app revenue. The gross mobile game revenue stood at $54.7 billion. The AR-based game “Pokemon Go” earned a gross income of $3 billion in 2019. 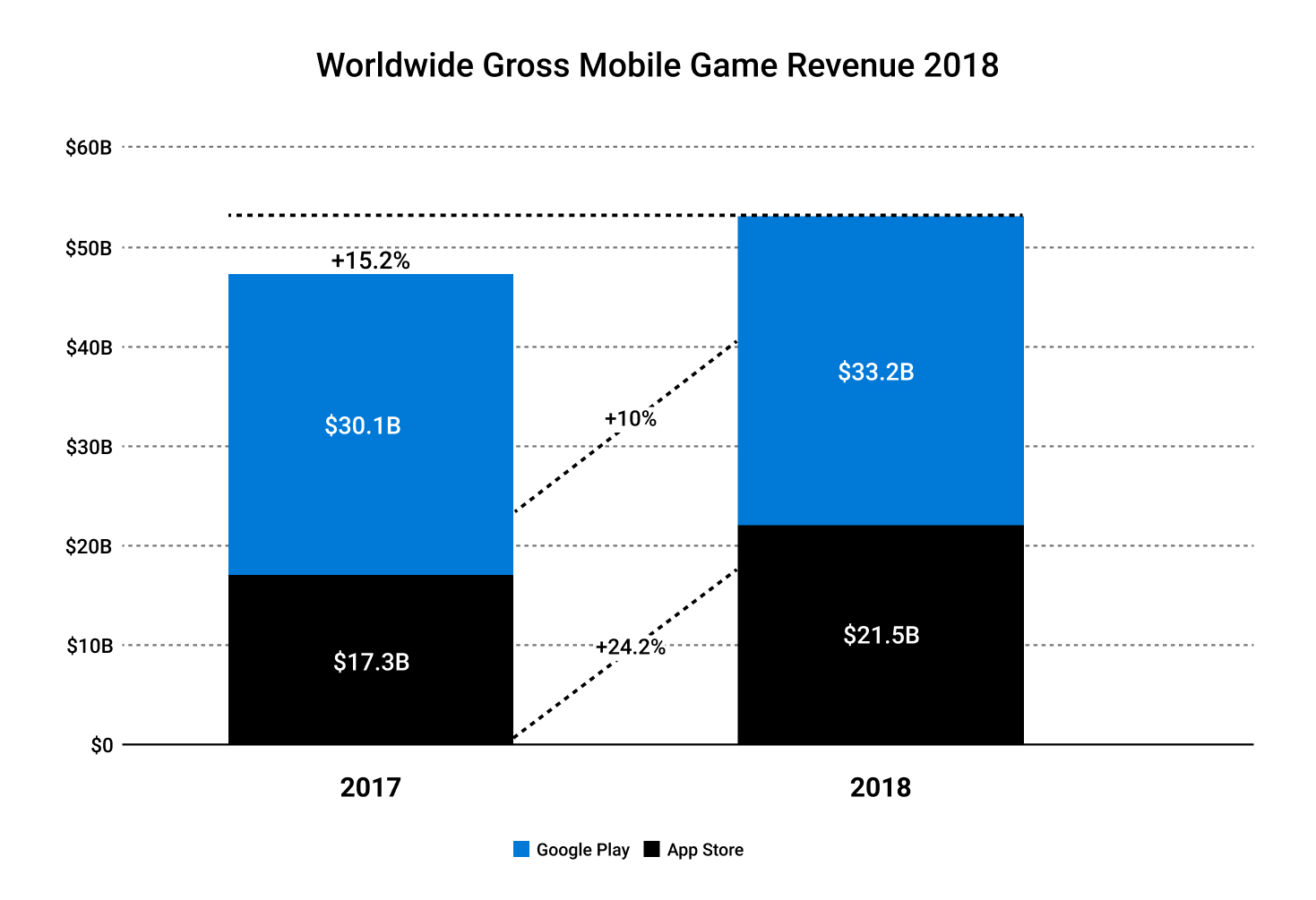 Besides these, E-commerce mobile apps are also spurting for a long time. The urge to buy online among the younger generation is going to grow significantly over a period of time. By the end of 2021, the experts estimate $3 trillion-plus of commerce sales via mobile.

To cash on this kind of market, mobile apps need a payment gateway integration within the applications. This will allow them to sell products and merchandise on their mobile apps. By 2021, nearly 21.4 billion people across the globe will be using e-commerce services. Probably the largest audience in contributing to the sales so far.

You will get to an endless number of categories via the internet when you research and study to find out the best suitable niche to build a successful app. However, the proper approach is the widest research, to streamline all that is missing, capitalize on the app via the mobile application, and ensure success and scalability from the very beginning.

The below listing is to just give you a broader idea of the apps that are sure to make money. These are the most popular types of apps that can serve as a benchmark for you to create and build revenue-generating apps.

The Future of App Development Business

The mobile app market is full of great potentiality and a lot of possibilities. In 2019, the final quarter showcased an estimated consumer expenditure of $21.9 on apps across the Appstore and Google Play store, with a 22.9% increase from the last year.

When the business identifies all the considerations, the apps can make a lot of money in developing countries like India. The market here is still sky-rocketing.

At Softqube, our mission is to always help businesses grow via a perfect mobile app developed by our experts. In case if you are stuck finding how much investment you need to make in the business that is booming in the digital market, do contact our app development consultants. We have a bunch of experts who are available at your service to help you grow your business from the scratch. 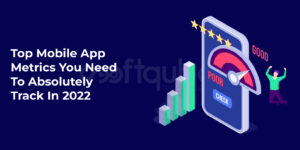 Top Mobile App Metrics You Need To Absolutely Track In 2022 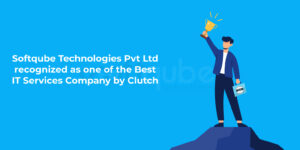 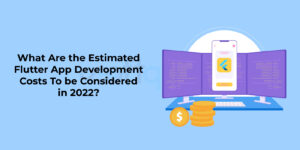 What Are the Estimated Flutter App Development Costs To be Considered in 2022? 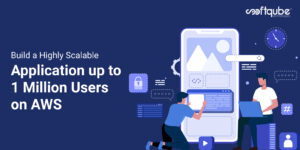 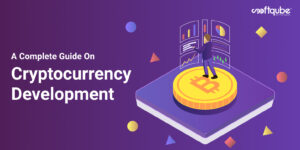 A Complete Guide On Cryptocurrency Development 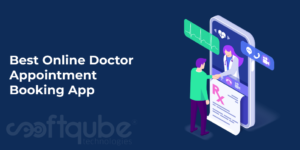 Top Mobile App Metrics You Need To Absolutely Track In 2022

What Are the Estimated Flutter App Development Costs To be Considered in 2022? 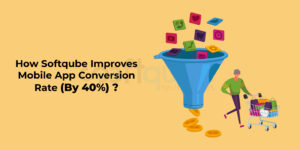 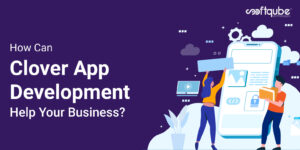 How Can Clover App Development Help Your Business?

I am the Managing Director of Softqube Technologies Pvt. Ltd., a modern-day digital transformation, design and development service provider. We provide services to businesses of all verticals across the globe. I believe and live by a mission that I help more entrepreneurs to build, launch and grow profitable businesses.