Android Apps Development: The Necessity of The Changing World

Smartphones and mobile applications have been conglomerated within our life in such a way, that our young folks cannot even go out from home without these things. With millions of users and enormous amounts of downloads, android Applications are creating a huge buzz in the market. From the very initial stage, android app development has experienced an avalanche of applications which are submitted in the Google Play Store so that users can use these applications according to their taste and necessity.

A plethora of studies claimed that the demand for smartphones is increasing day by day and business houses are trying to expand their wings by using these tablets and smartphone applications. Millions of software programmers and developers throughout the world have accepted that android is the most preferable and suitable platform because of its open source development environment which can easily be accessible from anywhere without investing a huge amount of money. That’s why most of the android applications are sold at an extremely economical price to its customers while some are even available for free so that customers can easily get enticed by these apps. This is only possible because day by day a huge number of developers are embracing this operating system and are trying to invent some latest android apps which can make our life more facile and easier. Motivated by this rising demand, many Android apps development company are tempting android developers with some lucrative packages so that they can join their existing team. 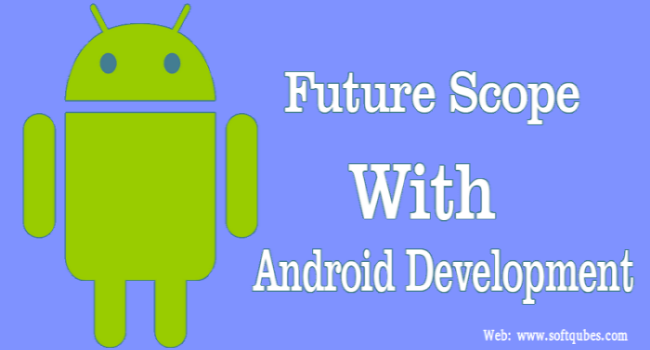 With the help of android applications, enterprises and business houses are trying to establish their ubiquitous presence throughout the world and want to grab more customers’ attention so that they can earn maximum benefits and be able to make a huge profit. So, in one word, by using android applications they want to proliferate their growth and development. Though markets are crammed with several mobile devices and app development platforms like Blackberry, Symbian and even iPhone, enterprises still have an inherent propensity towards android applications. Below, we are mentioning some prime reasons why android applications are preferred by the entrepreneurs these days.

If anyone wants to develop an android mobile app by using the latest technologies, then without wasting any time they can contact with Softqube Technologies. The company has a team of professionals who have enough knowledge and skill in android mobile app development. They have developed some amazing apps in the educational field as well as for children who want to learn languages like English and Hindi.