Like Google Wallet, Apple Pay is another mobile wallet. Till now, it has no such popularity. But now, it will start getting attention. Initially, very few retail stores had the new checkout terminals that were necessary to accept payments via Apple Pay.

People refuse to use it due to security reasons as they fear that the security will be worse than credit cards and some still love to swipe their cards instead of using an iPhone to make the payment. In 2015, the usage of this mobile wallet is said to be increased. 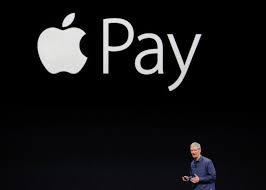 So, looking at the increase in its usage; it is predicted that its use will be enhanced within next couple of years.

Let’s look at some of the reasons that show Apple Pay is going to be more popular:

Which companies have partnered with Apple Pay?

Currently Apple Pay is working only in United States. Very soon it will reach to other countries such as Australia, Canada, China and Europe. Talking about the processing fees, Apple gets 15 cents on every transaction of $100.

Australian banks charge a nominal of fee of 5 cents per $100 spent and in US, it is $1 for every 100 dollars spent. This shows that Apple charges higher and this is the reason; other countries have still not adopted this new mobile wallet system.

At present, Apple Pay can be used in these stores:

And very soon it will be available here as well:

And these are some of the business apps that support Apple Pay:

And many more are yet to join this chain. Slowly, it will be such that all of the apps will be compatible with Apple Pay.

During August 2015, Apple got support from more than 400 institutions in US itself. This includes small and regional banks. Soon it will also support credit cards of government employees, federal benefit cards for veterans as well as social security benefit cards.

This will be done with direct Express Payment Network as per Apple’s deal with government and days are very near when Apple Pay will serve the purpose of all cards even driving licenses.

So, now if you are one among those people who are crazy to use apple products then this serves to be an important update for you. Rest, can read this for knowledge just to know about hip and happenings of the apple world.