What Is The Best Android Development Platform?

Every Android app development company has come out with a wide range of mobile applications that have become very popular among the users. There are more than 2 million applications available in the Google Play Store. Companies from various industries like banks, restaurants, schools, small and medium sized businesses, large corporates and many others have their own apps today. Recent studies have stated that Android user base is now famous and it leads the smartphone market with around 81% of the market share. The world of communication has experienced a phenomenal revolution only due to mobile application development platforms.

Before there was no one to compete in the mobile app environment except for Apple’s IOS. But today the current market is shared by Google’s Android along with Symbian, blackberry and Windows Phone too. There is also some good news flowing that Facebook has planned to open a mobile application store too. Thus, the market is now flooded with a number of mobile applications built by these huge competitors trying to survive the market. Check out some leading andorid app development platforms that are ruling the market today with 99% of the global smartphone market share: 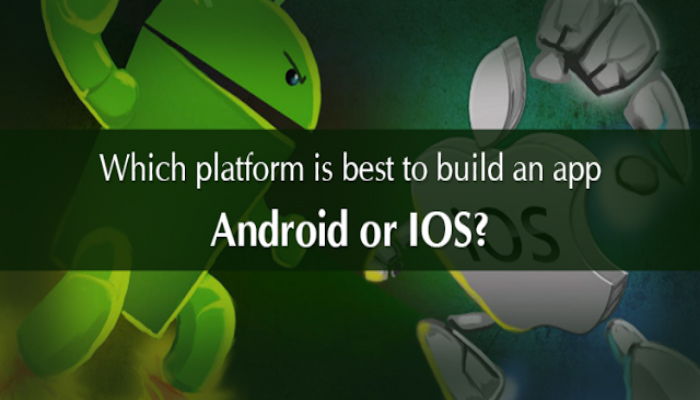 The future of Android is optimistic still because of its immense popularity and user-friendly features. Thus any Android App development company can avail the benefits of this platform so that millions of users can be reached across the globe and also serve as a competitive tool for the businesses.