Google Web Designer is an HTML5 design tool set which was launched in September 2013 in the form of beta release. Some key upgrades were available to make it more useful for online marketers and web designers who wish to create ad campaigns designed for various screen sizes commencing from desktop to mobile.

The latest version includes the capacity of designers to prepare an interactive web page element and the updated timeline which offers harsh controls for designers in case they wish to develop content with animation. 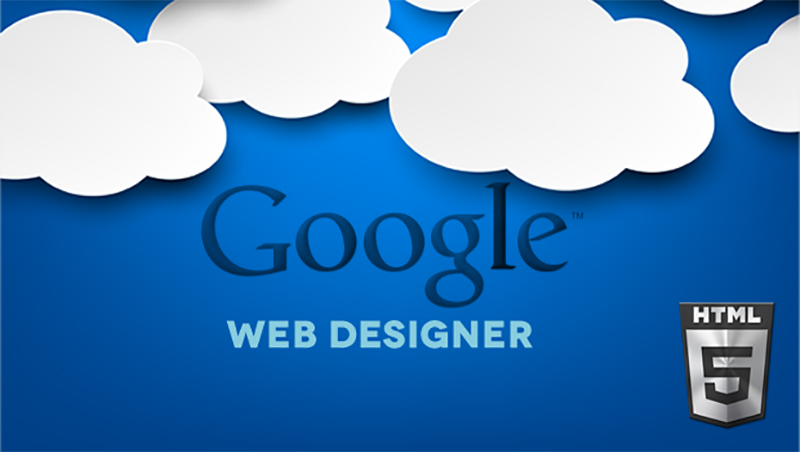 Flash ads supported by Adwords are now automatically transformed into HTML 5ads and then uploaded via Adwords editor as well as other third party tools which are coming soon. Within next few months, more tools will be released and services will be offered to re-size ads for some popular mobile sizes.

Several features were launched to execute and measure campaigns across the screens such as in- app marketing and conversion tracking using double click campaign manager. There are 69 large publishers and networks for in app formats which means developers can create mobile in apps advertisements.

Use of Google Web Designer

This new Google web designer allows users to make attractive animated content in HTML5 which can be run on any device thus allowing users to view and edit the code behind their designs and check the edits instantly.

Ad content can be easily developed to use with many designer tools. It includes two user modes. Quick mode allows users to develop animations with automation and in advanced mode, separate elements can be animated using layers and the location of these elements must be changed.

Users can also create and alter the 3D content with the use of array of tools and the strength of cascading style sheets 3.

A new Double click Campaign manager for advertisers was released in September 2013 and its one of the platforms that considered several tools and capabilities for advertisers to get their messages among customers and other businesses.

New application launched three months later after Google introduced big changes for the platform in June 2013. The new platform had more responsive user interface which includes endless time saving features for users as well as new trafficking interface that has maximum load time and has ad updates which go live in less than 2 minutes.

This helps advertisers and publishers to provide ads after completely agreeing to terms and provides statistics relating to those ads. There were many concerns that it would give Google much power over the data around search.