An Overview about ASP.NET5 – New Version of ASP.NET

As we all know, ASP.NET is one of the most well known web application frameworks designed to create dynamic web pages. Recently, the new version of ASP.NET is launched by Microsoft known as ASP.NET 5.

It’s really a very well developed platform which can be used to build websites. Basically, ASP.NET was developed to make the task of web development as easy as desktop development. Every single code was to be included in a separate file and then html code was combined in a compile step and then a page was issued by the server with a view to work with that browser.

And finally, the objective to make web programming as easy as desktop programming was achieved. With this new version ASP.NET 5, the entire code and mark up of web forms is replaced with WebAPI. 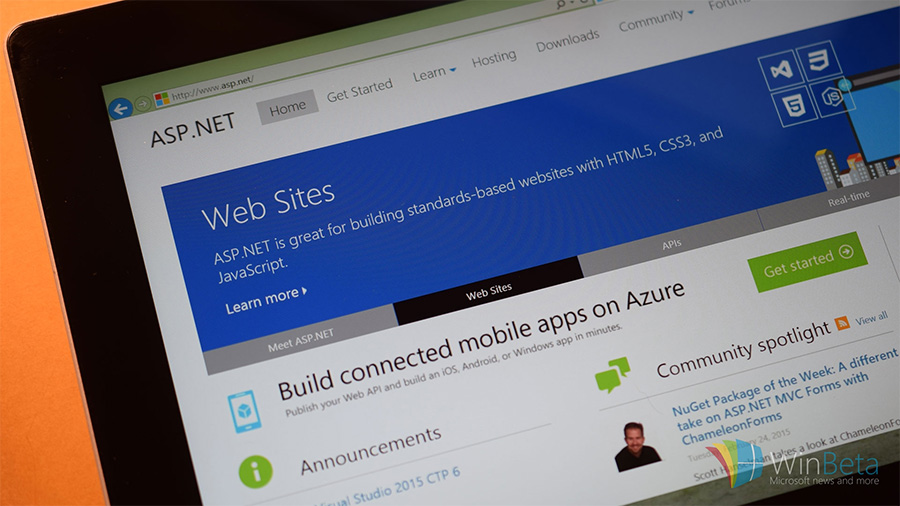 Hence, the new ASP.NET5 can make use of open source.NET Core as well as .NET Framework. Here, .NET core provides cross platform facility and apart from Windows, Linux or OSX can also be used with .NET.

This can only work well if you leave Web forms and wish to adopt other technologies as .NET Core doesn’t support web forms and so if you are willing to use this version then Web forms must be avoided.

Depending on customers’ feedbacks and requests, Microsoft decided to launch a new version of ASP.NET – ASP.NET 5. These changes were made keeping in mind the needs of the customers and target modern web application development.

If you have any application developed in older ASP.NET versions then they can run smoothly however if you need to take advantage of new ASP.NET 5 features then the current code needs to be shifted to a newer framework.

This is a simple process that includes fixing some issues instead of re-writing the complete application. One can start working on ASP.NET by using Visual Studio 2015 CTP 6.

Why was ASP.NET Re designed?

Looking back at previous .NET frameworks, it is understood that the application was only be installed on a single framework while with this new version, windows machine along with ASP.NET can support any kind of .NET application. Hence, we can say that ASP.NET offers more flexibility and can easily run on three runtimes viz. Full CLR, Core CLR and Cross Platform CLR.

Hope this information will be useful to those who are willing to use the new version of ASP.NET and for those information diggers who just love to update themselves with latest technology news; this article will provide relevant details about ASP.NET 5.

Further, those who wish to switch to this frame work for developing flexible ASP.NET web applications as well as web pages can get in touch with expert web developers from well known Web Development Company, Softqube Technologies.