There were times when sponsored stories were preferred most and slowly these started reducing their importance. Sponsored stories have faced many highs and lows and finally they got outdated on April 9 2014.

It’s similar to that of paid advertisements which have now less importance on Google, in the same way sponsored stories have lost their significance from Facebook. Before discussing why they were ended and how were they useful, let’s understand something about these sponsored stories. 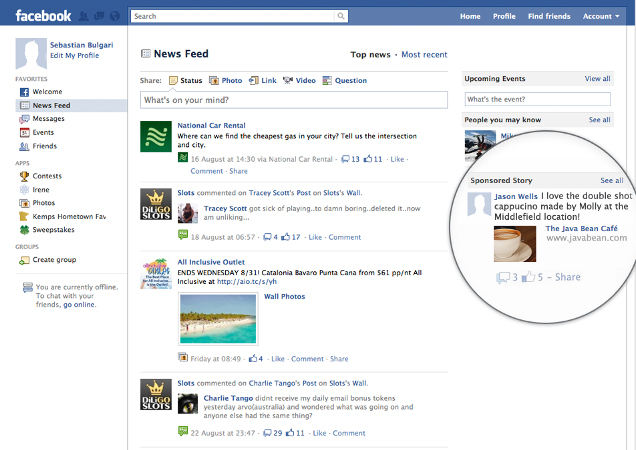 What are Sponsored Stories?

Sponsored stories refer to social ads that tackle the influence of friends by showcasing their current interactions with the brands by means of advertisements. Such ads are known as “Promoted tweets” in twitter.

With the help of these Sponsored stories, Facebook used to make most use of its current viral characteristics such as shares, no. of likes and more and then this selling power was sold to advertisers. It’s like when people like your posts they will appear on news feed and this was slowly transformed into paid views. Companies used to pay to have the information displayed more frequently.

Sponsored stories are paid as similarly as normal Facebook Ads. However, the main difference is in the content that is displayed and in sponsored stories, one has the control over ads being displayed.

The elimination of sponsored stories was first announced in June 2014 stating that previously for more social engagement advertisers used to purchase sponsored stories along with ads and in future the social context will be added by default to the post with a view to increase performance and remove the additional part of creating sponsored stories.

Social context can bring more awareness and return on advertisements spent that wants to make easier for advertisements to get maximum awareness as well as return on the money spent. During 2013, certain changes were applied to Facebook ads such as removing some ad types which had the similar purpose of making advertisements look more consistent.

There’s an end to marketers publishing sponsored stories because those will no longer be purchased and advertisers were notified that sponsored stories will be now ended. This means that previously there was control on who visited the post on Facebook and if it appears on Facebook or not.

After sponsored stories demise, this will be visible on Activity Log, ads and friends settings can also be useful to see the social actions.

After the end of social sponsored stories, new demographic options will be available which will have the categories relevant to user’s actions or previous social behaviour. This category is developed keeping in mind certain targeting segments which were previously known as interests.

Now, no longer will anyone be able to make the use of sponsored stories and so it’s necessary to opt for other options. Hope this update will be useful to business people. Stay in touch with Softqube technologies, well known SEO Services provider to know more about such social site updates.