4th July , or July 4th is a federal holiday in the United States of America, marking its independence. One may ask, “independence from what?”. Since it was never a colony, there would be no struggle for freedom.

Thomas Jefferson drafted the very first declaration of independence, who was selected on the urging of John Adams.

Some say that the actual Independence Day is 2nd July 1776 and not 4th July 1776. However, it has been taken that 4th July is actually the independence day is celebrated because that was the day the Congress accepted Thomas Jefferson’s declaration.

HOW INDEPENDENCE DAY IS CELEBRATED IN THE UNITED STATES

Independence Day is celebrated everywhere in the world wherever Americans reside. Parades are conducted all over the country and people have made a custom of playing baseball and having a barbecue in their backyards. Some people have competitions to see who eats the most hot dogs while others head off to vocational hot spots. However they spend it, the joy and happiness on the Americans is obvious to see 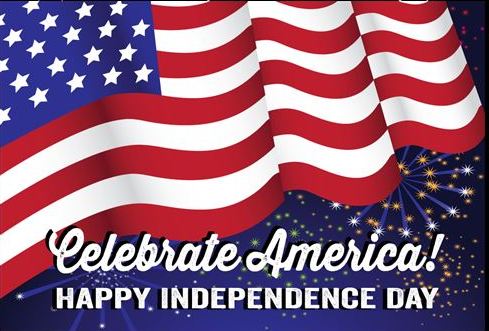 This year is going to be a nostalgic one for the son of Kenya, the President of the United States, Mr. Barak Obama as this is his final year in office and therefore will be his last speech on Independence Day. He and his First Lady will celebrate the 4th of July by hosting military heroes with their families for an Independence Day celebration barbecue, concert and a firework display at the White House South Lawn.

Softqube Technologies would like to take this opportunity to wish all their American staff, family, friends, and business clients a very Happy Independence Day. A day to reflect what we have achieved in the past year and what we hope to achieve in the following year by strengthening the existing relations and making new ones in the world of Information Technology.